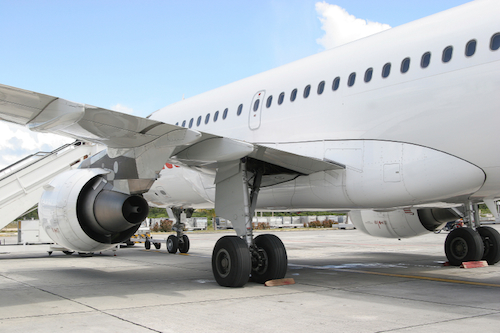 Dalia (name changed) is an attractive young lady. The first time she came into my consulting room was in April 2008. The reason was a desperately needed solution to her claustrophobia. She was unable to take the metro in the mornings to go to work and she would flee any bus or tram, as soon as it became crowded.

To make things even worse, her boss wanted her to travel by plane to Moscow in September, which seemed like the most impossible task he'd ever given her.

This created quite a dilemma for her because she had tried therapy before but without lasting results.

I suggested EFT, which Dalia agreed to try.

EFT (Emotional Freedom Techniques) is an emotional version of acupuncture. You stimulate well-established energy meridian points on your body by tapping on them with your fingertips. EFT therefore works very well, especially when you tune into specific emotional events from the past.

She remembered the time when it all started

I asked her about the first time she had felt claustrophobic and she told me that it had happened while she'd felt trapped in a big crowd several years ago. So we used the tapping technique to treat all the emotions she associated with this incident: the fear; the panic; the helplessness; the anger; the disappointment about herself; the sadness about the consequences that this event had had in her life, etc.

Her emotional intensity went down to zero, and she was able to tell me the story with no emotional charge on it afterwards.

After our first session she managed to take the bus and a train to the Netherlands. This was very unusual for her.

During each following session, I tested her anxiety levels regarding the upcoming flight. I asked her to imagine getting on the plane in September but she always reacted quite strongly. There was an immediate response of panic, anxiety, and fear of being ridiculed by her colleagues.

So we continued our work, treating every past emotional impact created by past incidents related to the claustrophobia. After each session she reported improvements: She had been to a crowded bar without even realizing it, she had taken the tram with little resistance and after another session she had even taken the feared, crowded metro and stayed in it.

We continued our ritual of creating the imaginary flight scenario to test her reactions. During our last session she told me that she felt 50% confident that she would be able to get on the plane. The other 50% was still in doubt.

In August I got an email from her telling me that she was taking the plane to go on holiday, and that she would call me after that.

Get your free video for more energy and joy and stay in touch to get a healthy dose of energy every now and then through my newsletter.


back to case studies